The history and impact of the R129 cannot be overstated. Here's a whistle stop tour of the greatest SL Mercedes-Benz ever made.

The year 1989 gave us many great things - the fall of the Berlin Wall, leftover mullets, the not-so-good-edition of Back To The Future… Taylor Swift… what? 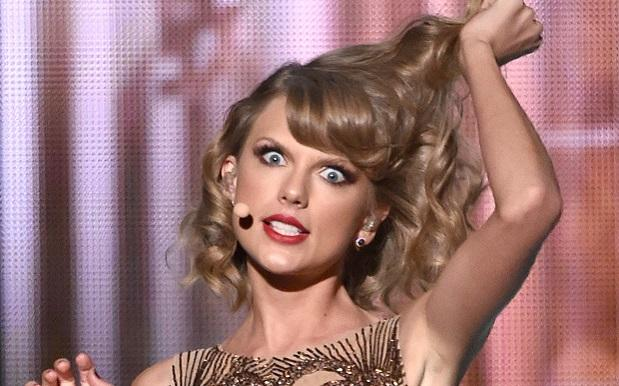 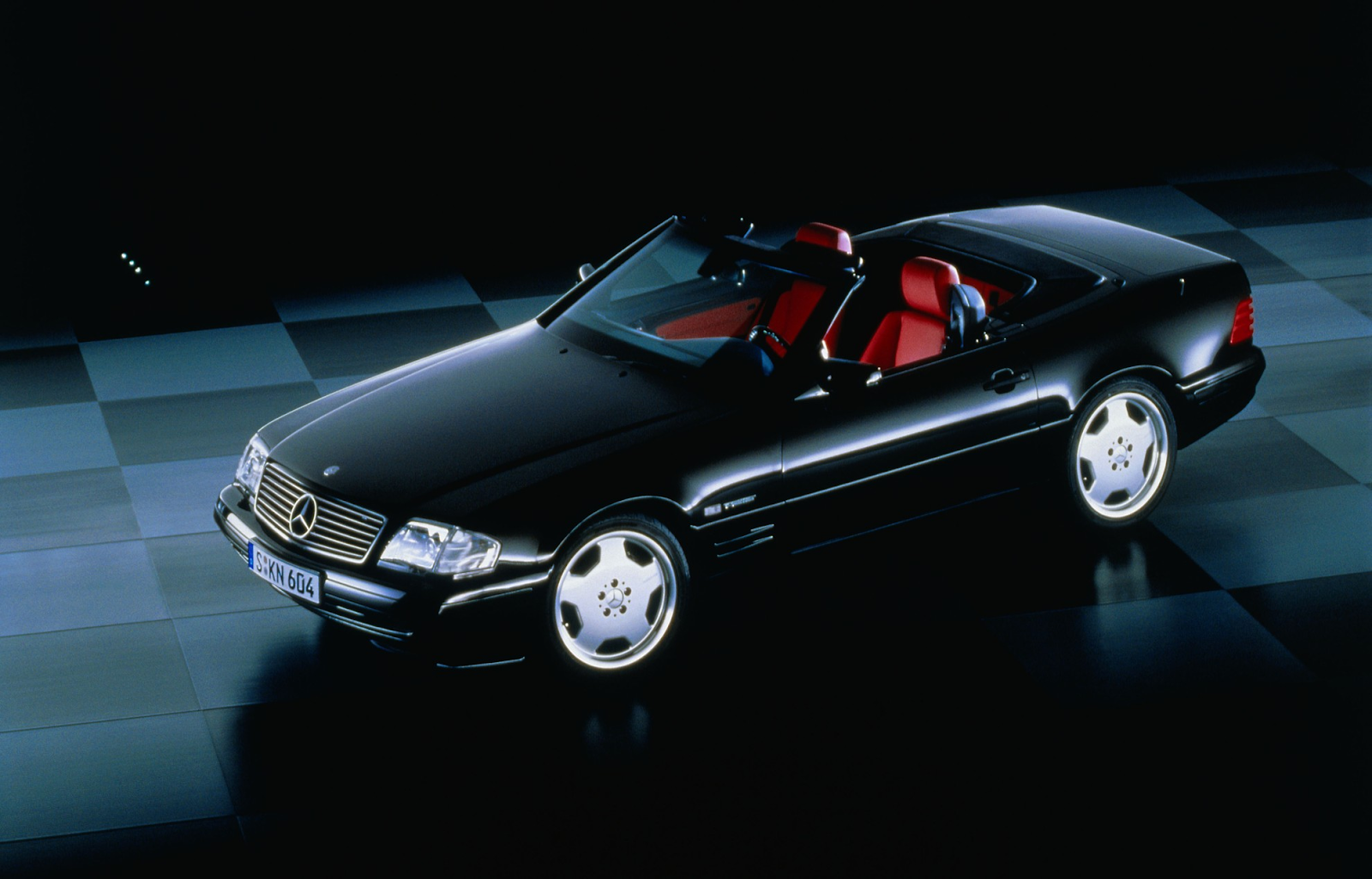 The SL debuted back in 1954 with the W198, better known as the ‘Gullwing’ - referencing it’s iconic doors. The 300 SL quickly became one of the most sought after cars of its generation and many enthusiasts consider it to be the most beautiful car ever produced. Mercedes introduced a much more widely produced four cylinder edition - the 190 SL Roadster (or W121) - and 25,000 units were produced and sold before Stuttgart decided to freshen up the SL lineup with a brand new iteration. So ensued the era of the Pagoda! 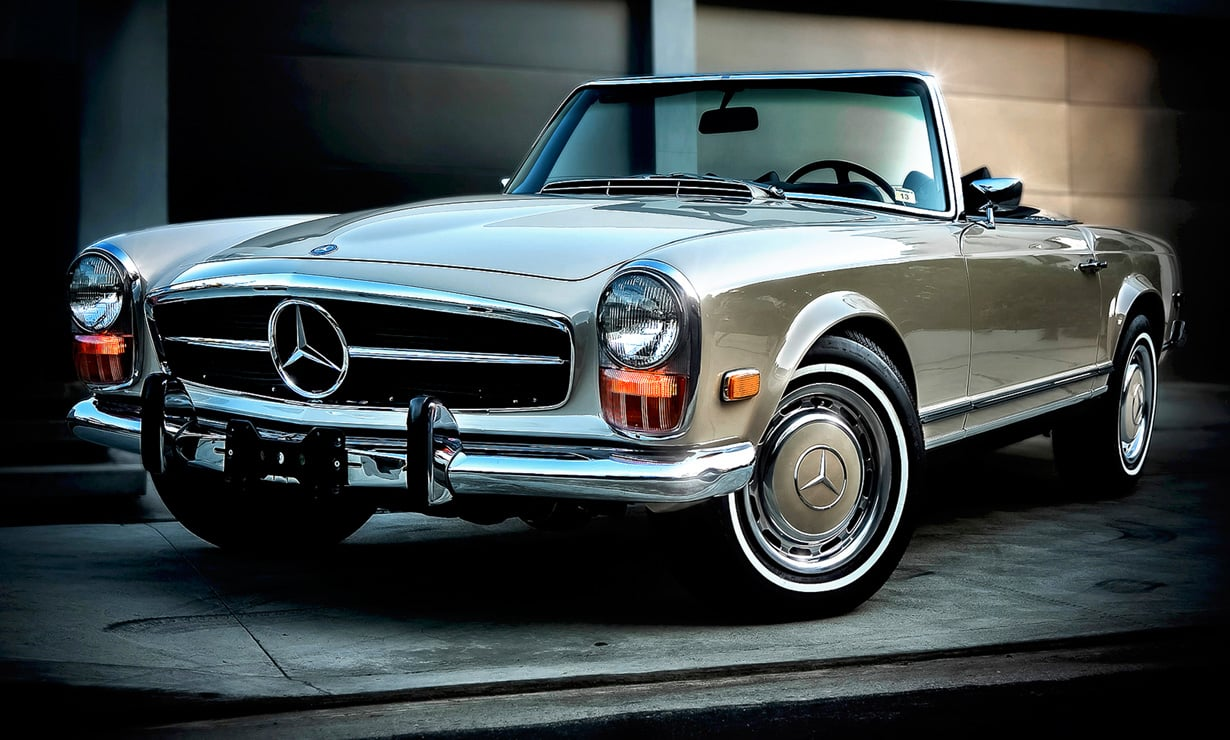 The W113 230 SL, designed by Paul Bracq and Béla Barényi was introduced in 1963. Best known for its slightly concave removable hard top (or ‘Pagoda’ top), the W113 was lauded for its impressive handling, comfort and early built-in safety features. John Lennon, Tony Curtis and Charlton Heston are just a few of the many celebrities that owned a Pagoda SL. 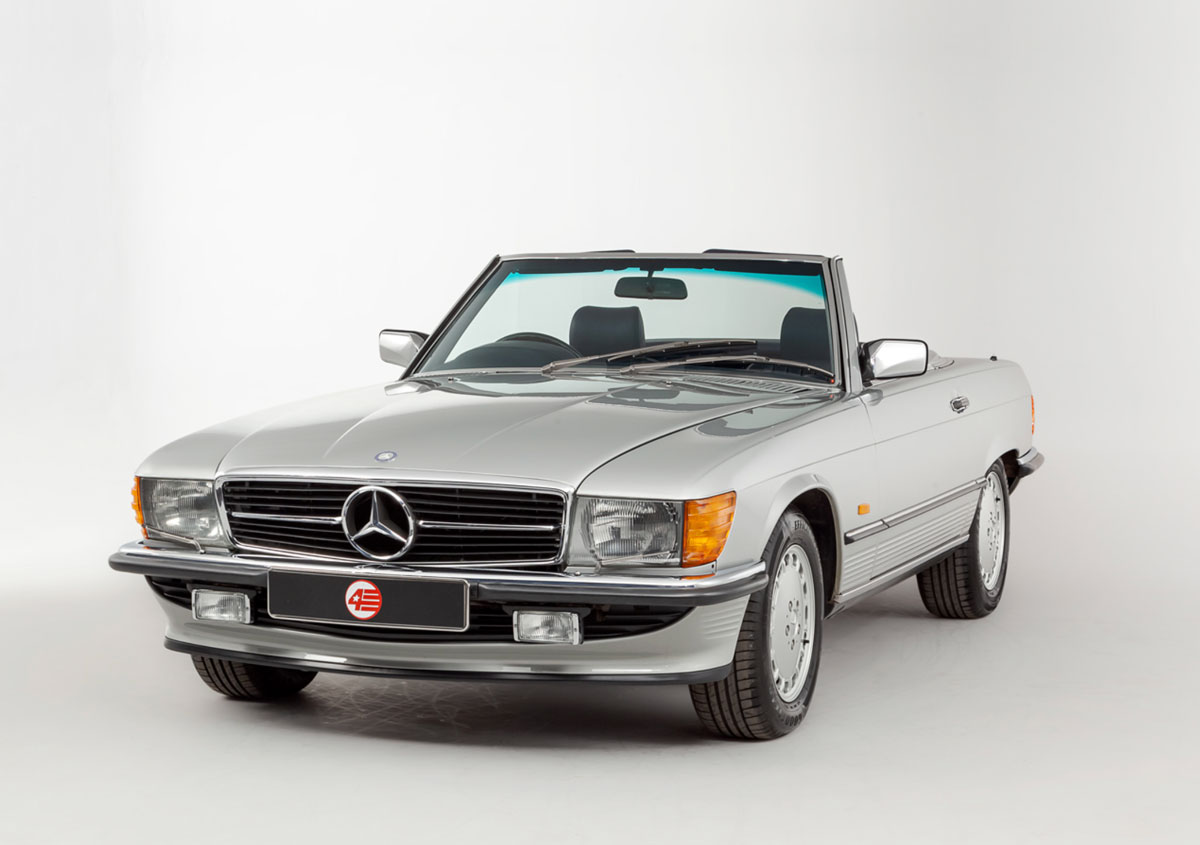 The R107 was so successful that it went on to become Mercedes Benz’ second longest running series ever, just behind the infamous G Class. Fast forward to 1983 and Bruno Sacco’s team had some seriously deep shoes to fill. A top secret development of the so-called ‘R129’ is underway... 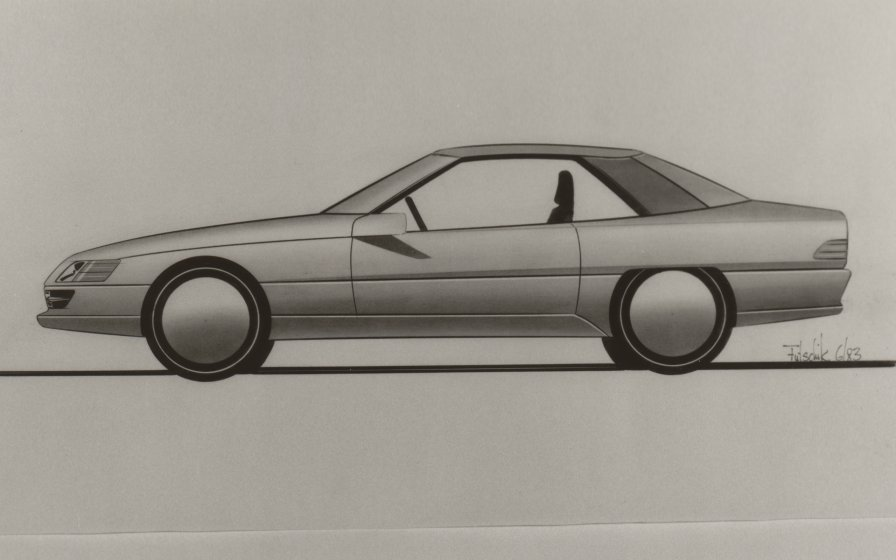 The R129’s iconic design was approved in 1984 with production scheduled to begin in late 1988. The stage was set for the 1989 Geneva Motor Show… 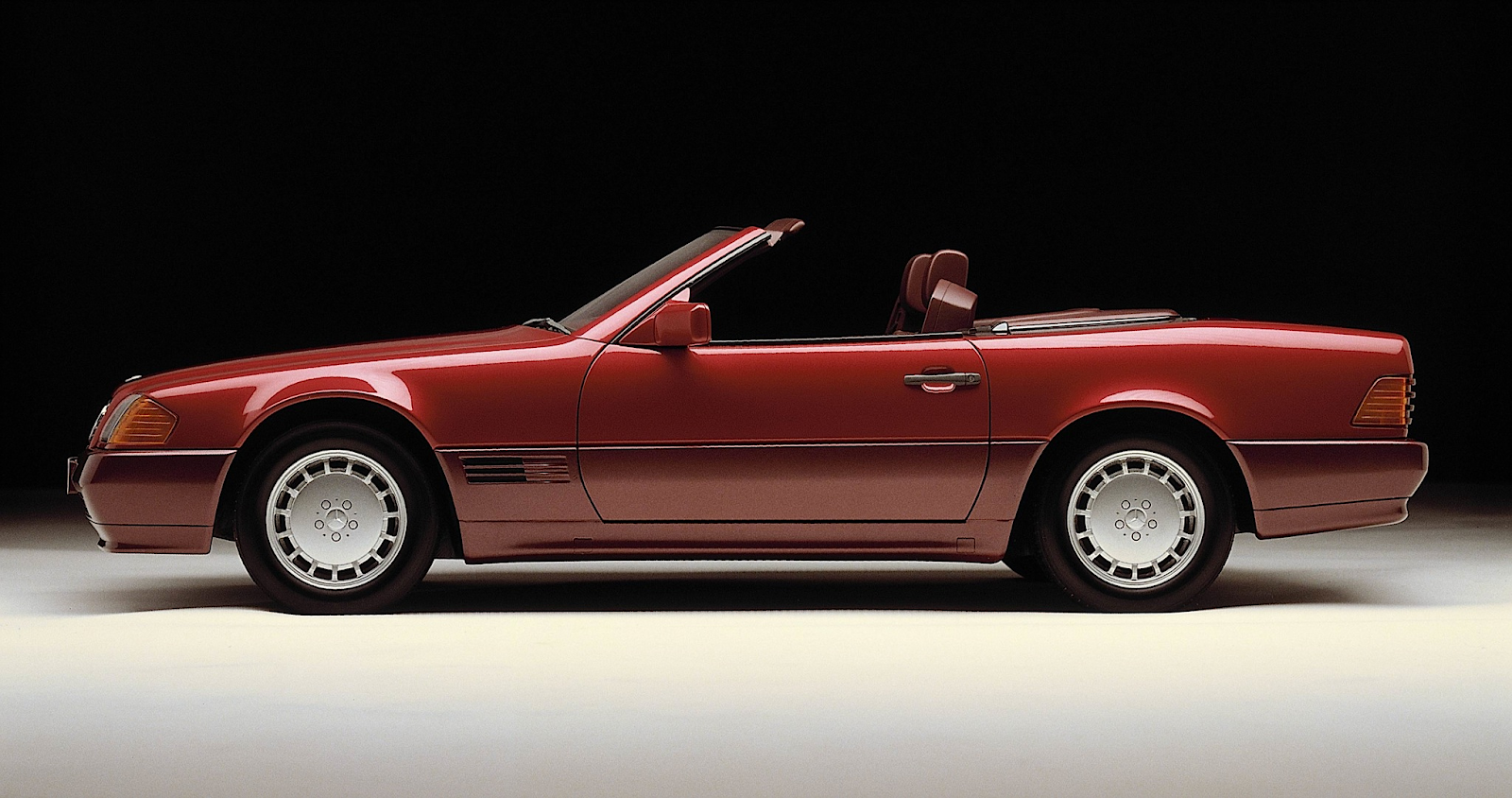 Style is important, but so is safety. The automatic roll bar introduced as standard on the R129 SL became the cars flagship safety innovation, deploying in a mere 0.3 seconds.

The R129 featured motorsport-inspired seats with integrated seat belts as standard - another first for the consumer market. The automatic soft top deploying at the press of a button in just 20 seconds marked another giant leap forward for the SL and the wider car industry.

Carrying the SL baton proved an easy job for the mighty R129. The car became an overnight sensation and would go onto dominate popular culture throughout the 90s and beyond, becoming the de facto hip-hop mobile. 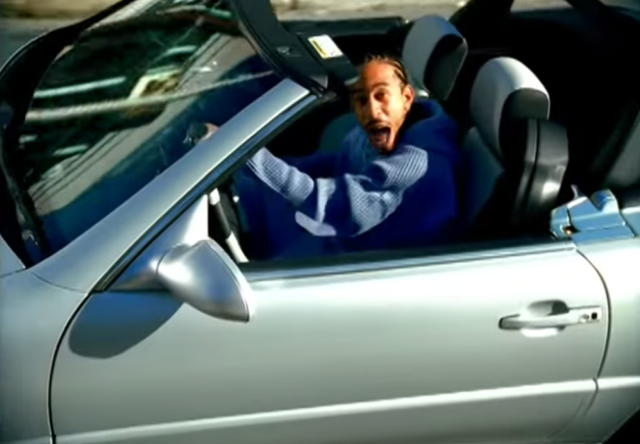 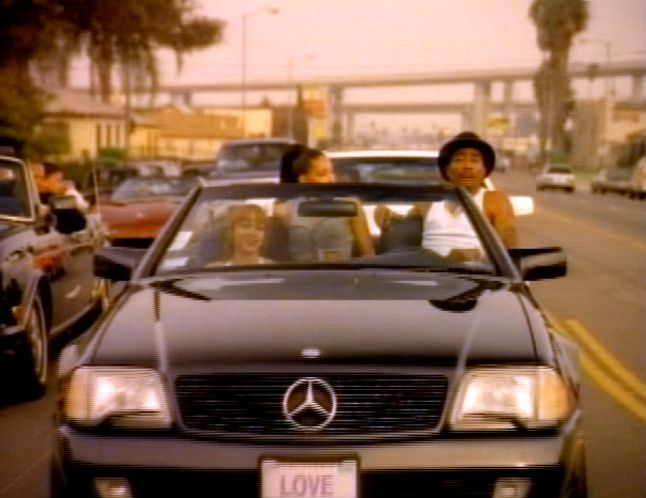 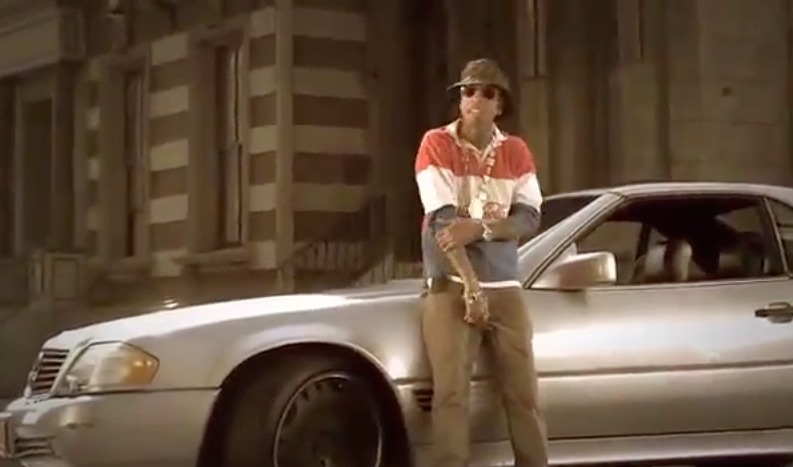 (You can see more feature appearances of the R129 at IMCDB, or watch a whole YouTube video of R129's working on the silver screen!)

Things got especially regal for the plucky young German in 1991 when the late Diana, Princess of Wales sold her Jaguar XJS to lease a red R129 SL. 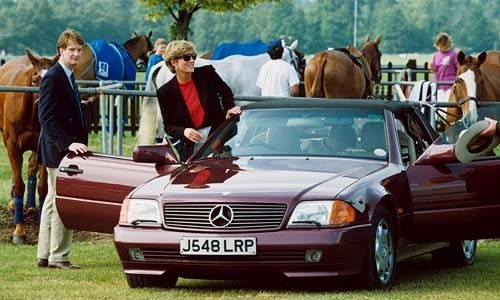 You can imagine the delight over in Stuttgart with Diana being the first member of the British royal family to ever use a foreign car. The media circus meant only one thing for Mercedes-Benz - free publicity. Diana’s car now resides in the Mercedes Benz Museum. 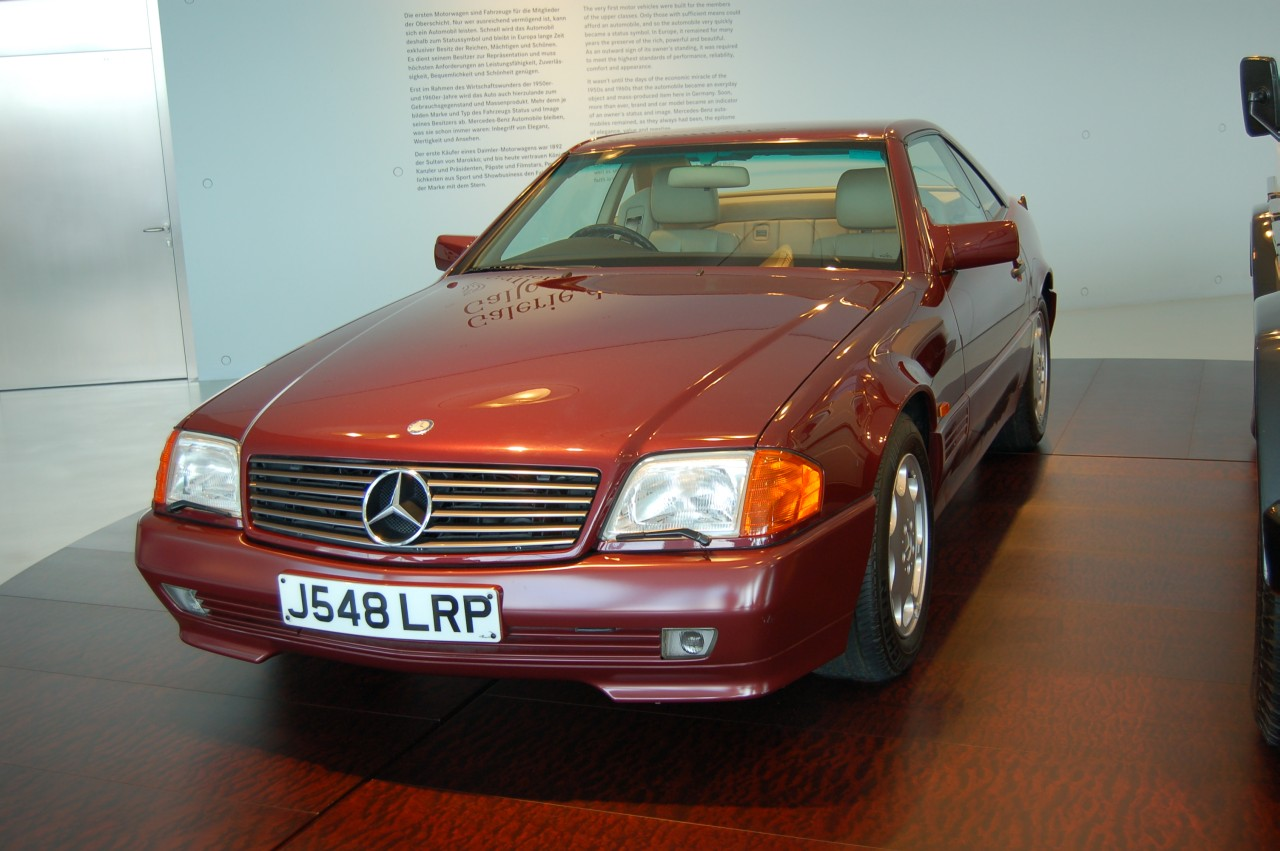 It’s hard to overstate the impact the R129 has had.

This model still provides highly-engineered performance, comfort and sophistication. It is also road-trip bliss - nimble yet spacious, elegant yet built to last. Long may the R129 continue.